A city is only as good as the way it treats its least fortunate residents, so working to support and uplift individuals experiencing homelessness with critically needed services and facilities is as important as any work 3CDC does. This work has never been more prominently shown than via the Homeless to Homes initiative.

The Homeless to Homes Plan was a transformative initiative to help the homeless move back into housing through coordinated, high-quality shelters and services. Outdated facilities and landlocked sites prevented shelter operators from expanding their facilities or updating them to provide the services needed to help their clients. 3CDC worked with several partners to develop three brand new comprehensive residential service-based facilities for the homeless, at a total cost of $42 million. 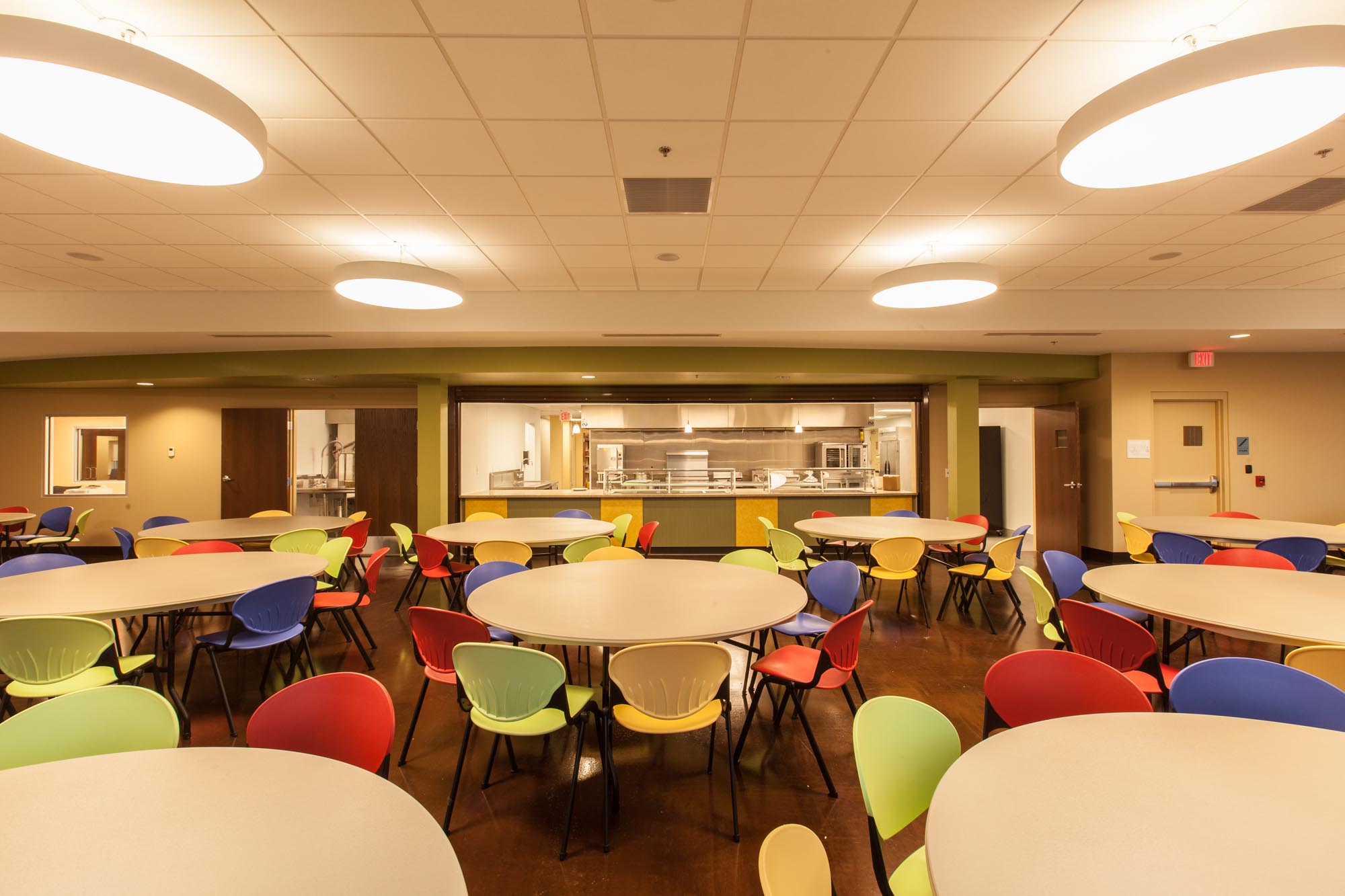 Shelterhouse, which operates the Barron Center, is Cincinnati's largest emergency shelter provider, offering basic human services to over 3,000 people annually. Formerly known as the Drop Inn Center, Shelterhouse had a previous facility on Elm Street, which lacked the operational and physical infrastructure to keep up with daily demand. There was a single restroom with nine showers for 180 men, no separation for sick patients, and only two washer/dryer units for all of the shelter’s male clients. The operational efficiencies of the organization were severely limited. This new 79,000-SF "safe-shelter" facility with 150 beds serves the population of single homeless men who are often turned away from other facilities. The facility also features  smaller sleeping quarters that allow more privacy, safety and cleanliness; full-day services; expanded day-time programming; an increased ratio of case workers to residents; a modern kitchen for three daily meals; and an updated laundry facility. 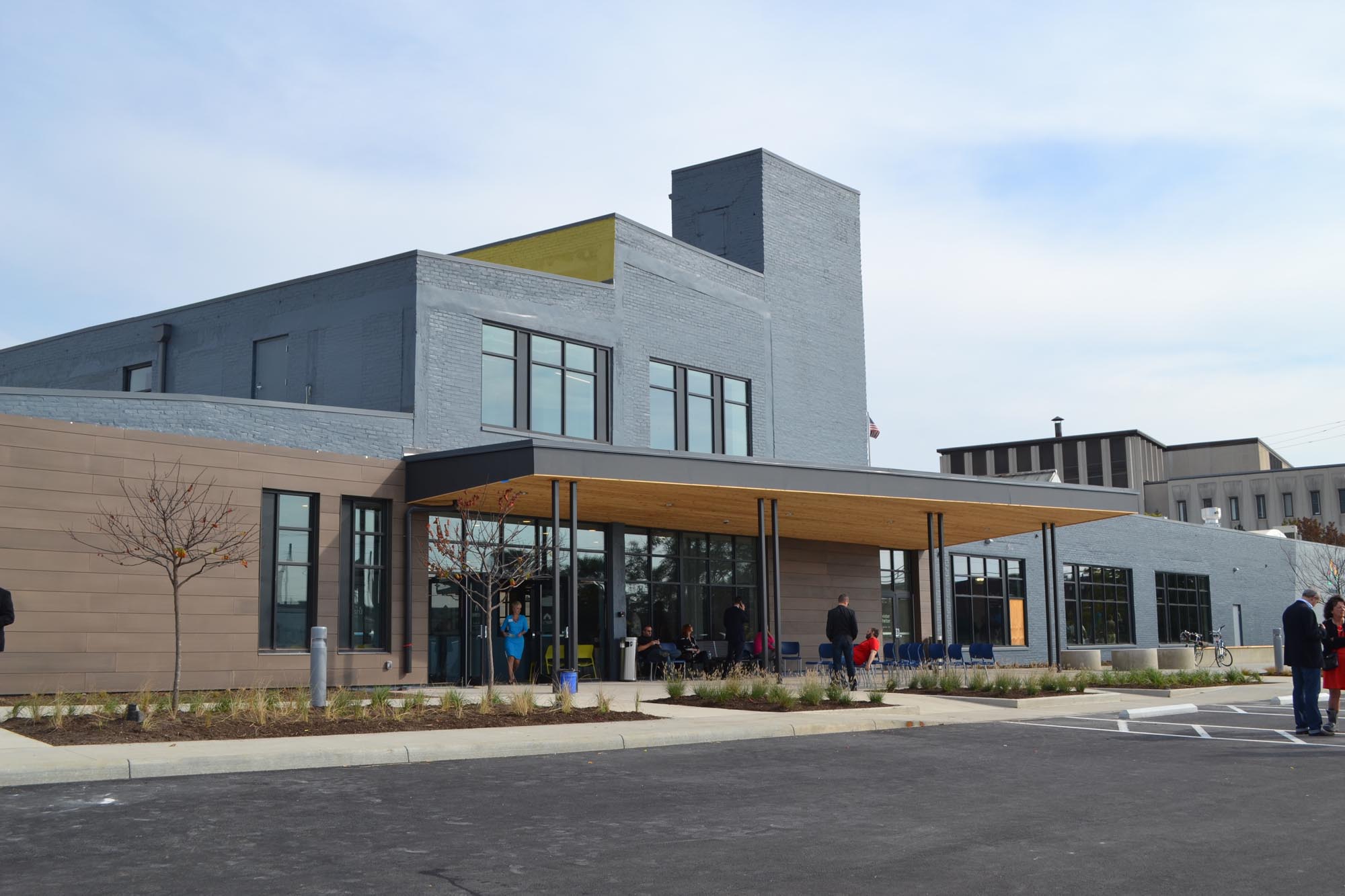 Shelterhouse has been serving homeless women for over three decades, yet had previously never had a facility in which to serve only women. Single homeless women are now being served in a new 20,000 SF, 60-bed facility on Reading Road designed to ensure women have access to basic human needs such as shelter, food, clothing, and toiletries, while also meeting their unique needs. The new facility also supports reduced trauma and optimized women’s health; full-day treatment services tailored to the specific needs of individual women; and high-quality individualized case management. 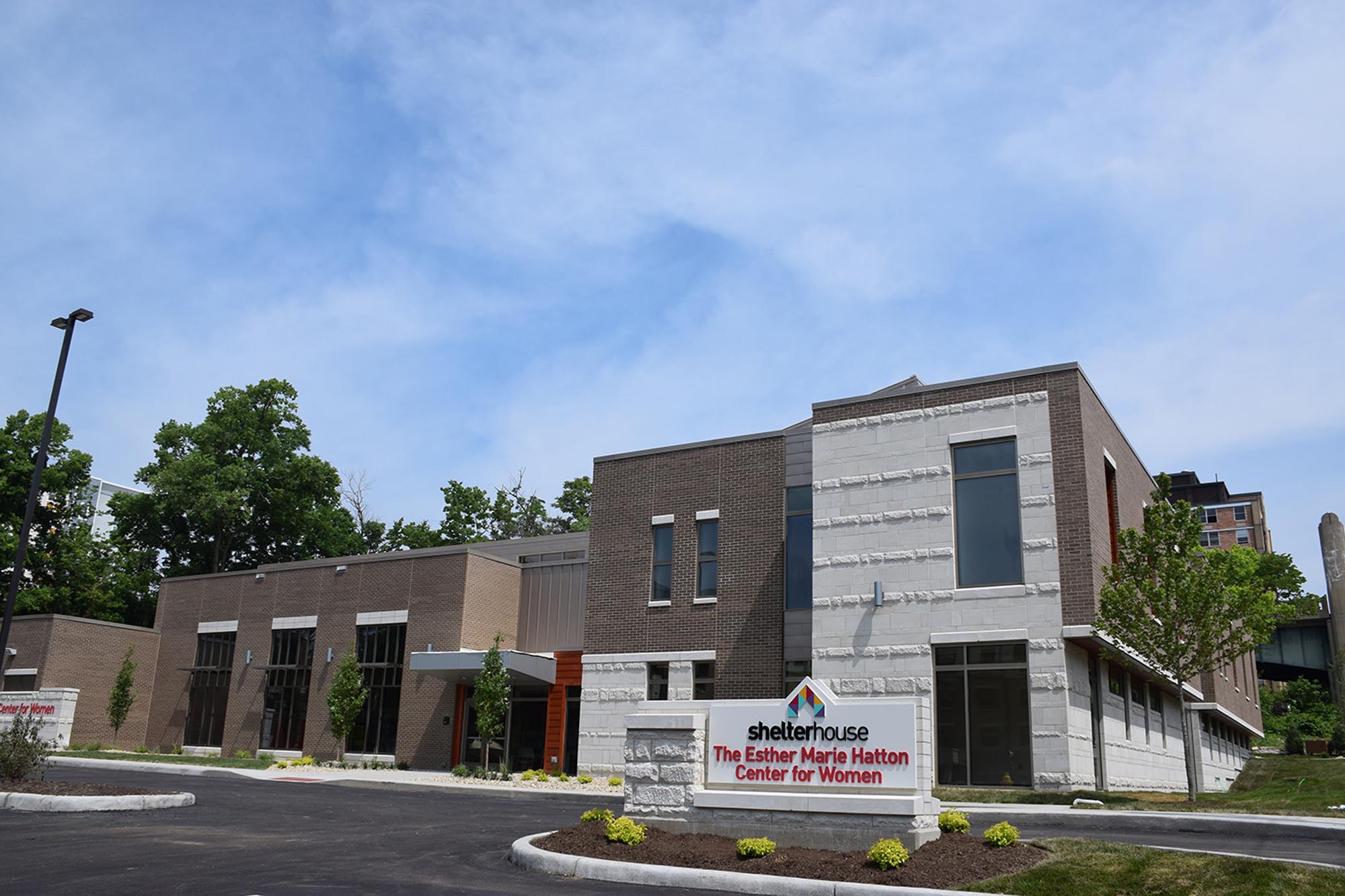 City Gospel Mission’s former facility was located on Elm Street in OTR. Limited space and a landlocked site required clients to wait outside the facility each afternoon for a chance to receive food and shelter, and to exit again in the morning. A new 110-bed, 63,000-SF facility in Queensgate was recently built to serve homeless individuals seeking a faith-based, service-enriched program. The new facility includes 36 transitional housing beds ; improved sleeping arrangements offering more privacy; full-day services; an increased ratio of case workers to residents; and shared facilities with physical training and employment agencies. 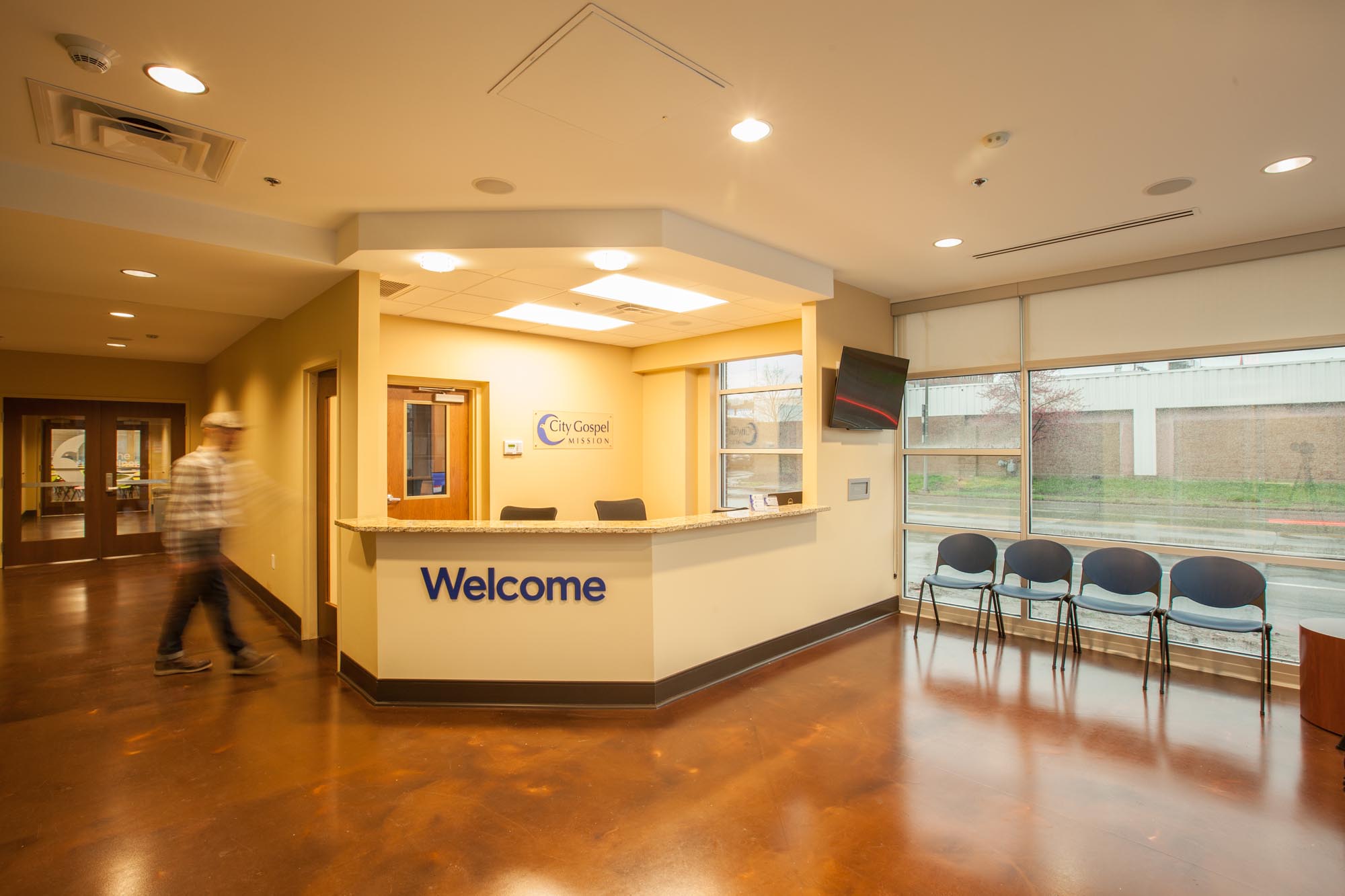 3CDC collaborated with Over-the-Rhine Community Housing to develop the Jimmy Heath House, a $4.2 million renovation of five, three-story structures on Odeon Street that created 14 one-bedroom apartments and 11 efficiencies. The apartments house 25 chronically homeless individuals, offices for case managers and public meeting spaces for the residents. The project is based on the "housing first" principle - the idea that chronically homeless people can become clinically and socially stable more quickly when homelessness is eliminated. 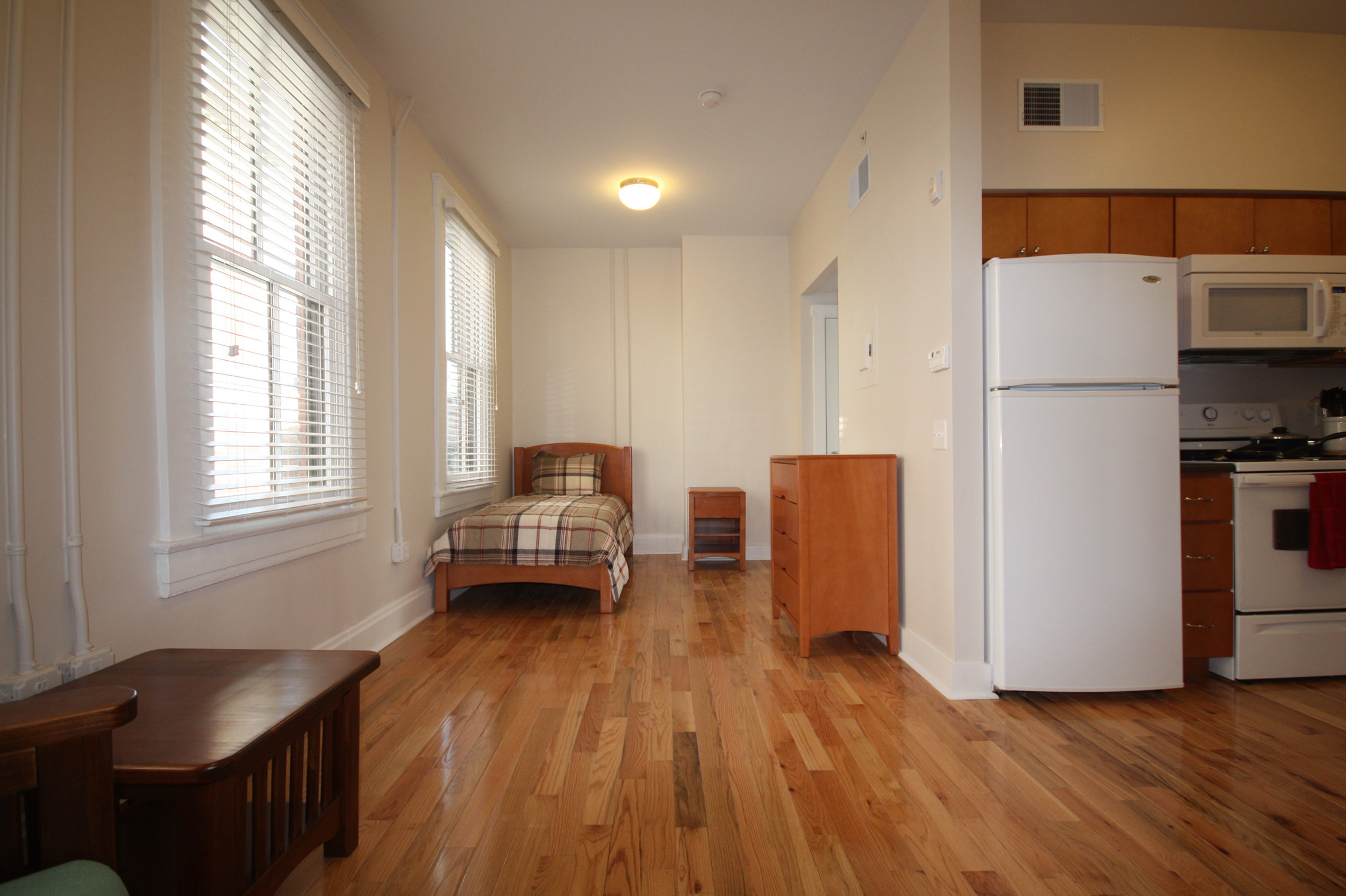