At the start of the COVID-19 pandemic in March 2020, bars and restaurants were ordered by the State of Ohio to close their doors. In mid-May, these establishments to allowed re-open with outdoor seating. In advance of the re-opening, the City of Cincinnati and 3CDC worked collaboratively to develop a pilot program in Over-the-Rhine and Cincinnati’s Central Business District to provide expanded outdoor seating areas for small businesses, which was designed to create additional seating for restaurants that were required to limit capacity due to the coronavirus.

Following a successful execution of the pilot program, the City saw several benefits to expanded outdoor dining, including:

Based on these benefits, the City asked 3CDC to explore options for making the program permanent in an effort to improve aesthetics, retain the vibrancy created by the temporary streateries, and continue to support small businesses in the urban core. 3CDC developed recommendations and presented those to the City, which ultimately approved the plan to make the program permanent.

In May 2021, the City and 3CDC unveiled the first round of completed streateries. The streateries were available on a first-come, first serve basis to any eligible restaurant or bar that applied, and consist of a combination of wooden parklets, concrete bump-outs/sidewalk expansions, and partial closure of four streets for outdoor dining: 15th Street from Vine Street to Parvis Alley; 15th Street from Race to Goose Alley; 14th Street from Race Street to Republic Street; and Broadway from 12th Street to 13th Street in Pendleton.  The initial $2.2 million effort was funded primarily by the City of Cincinnati, with additional contributions from several private foundations, including the Devou Good Foundation, the Duke Energy Foundation, and The Carol Ann and Ralph V. Haile, Jr. Foundation.

Cincinnati City Council subsequently approved an additional $2 million in funding for a second round of streateries, utilizing stimulus money from the American Rescue Plan. Ultimately, more than 80 businesses have been supported through the streateries program, which has created nearly 1,500 new dining seats spread across parklets, sidewalk expansions, and street closures, along with numerous pedestrian enhancements in OTR and Downtown.

A full map of currently operating streateries is available online. 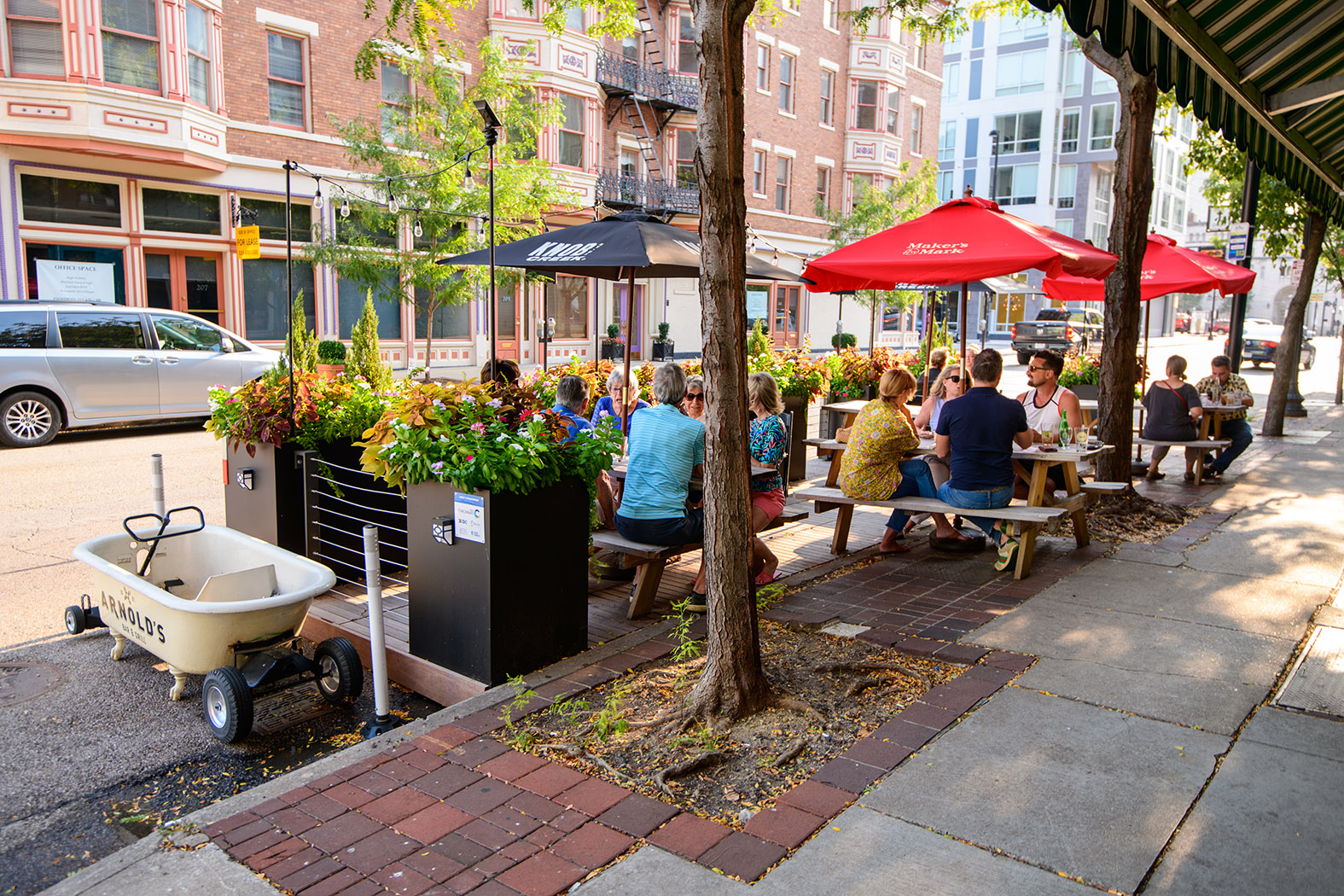 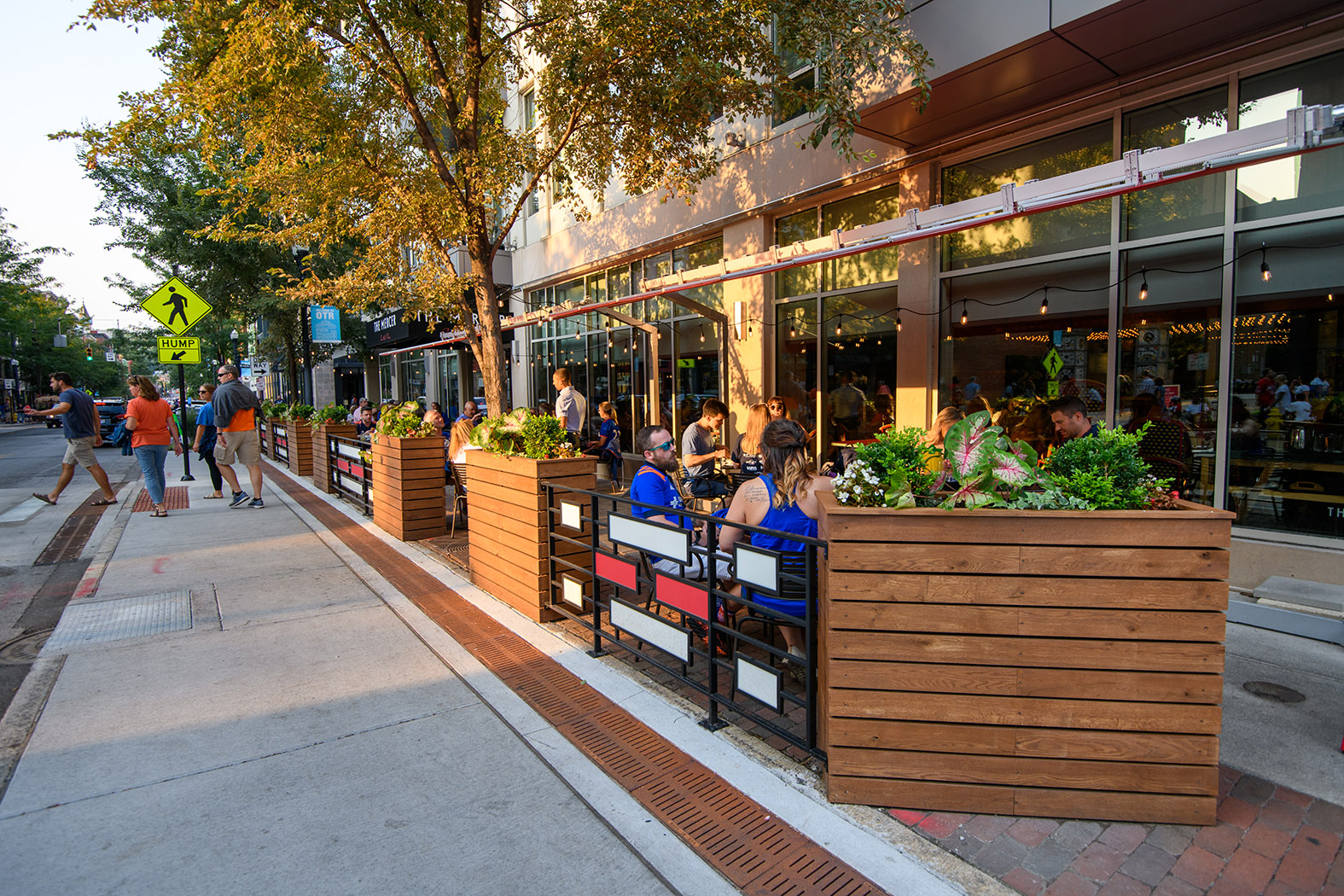 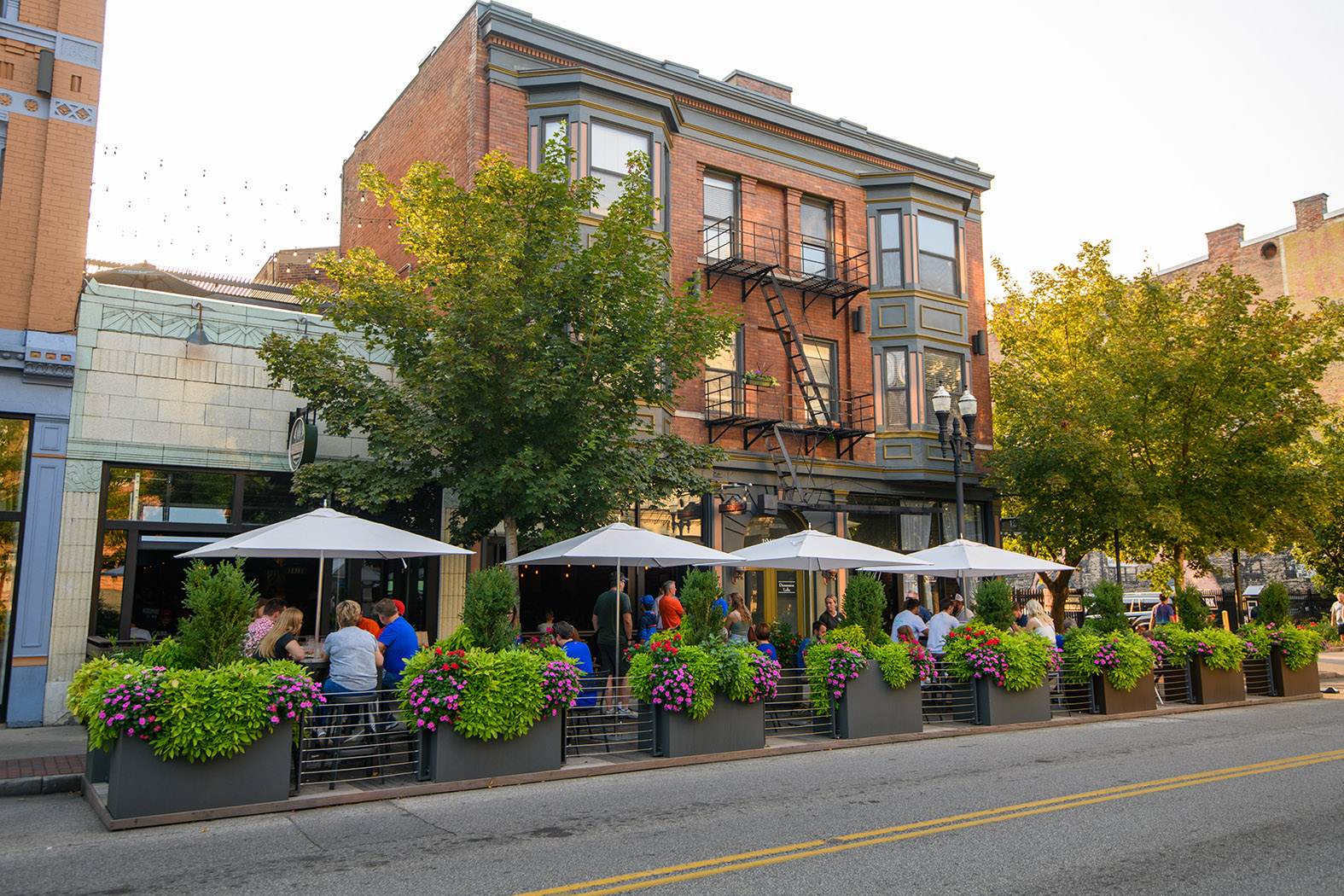 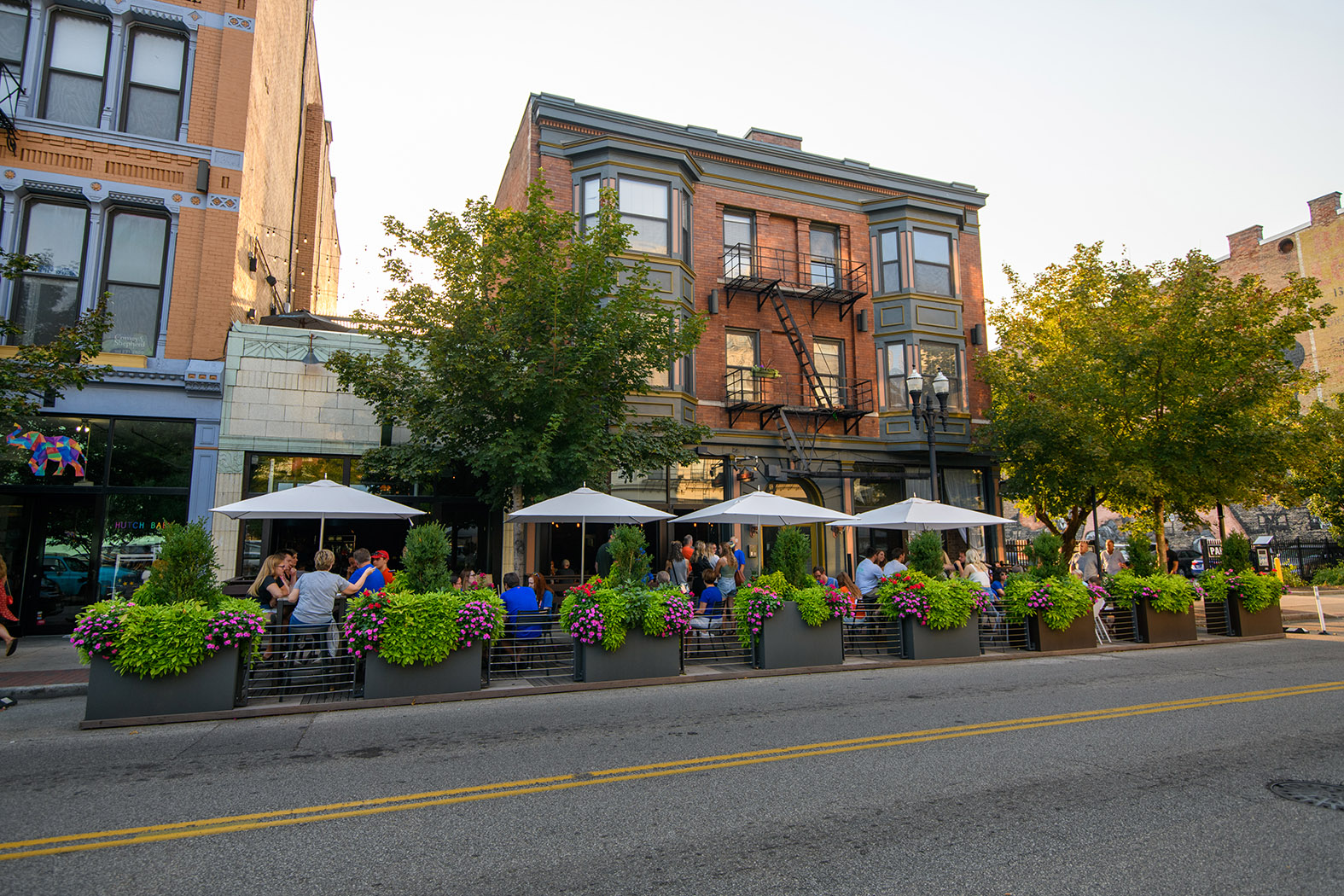 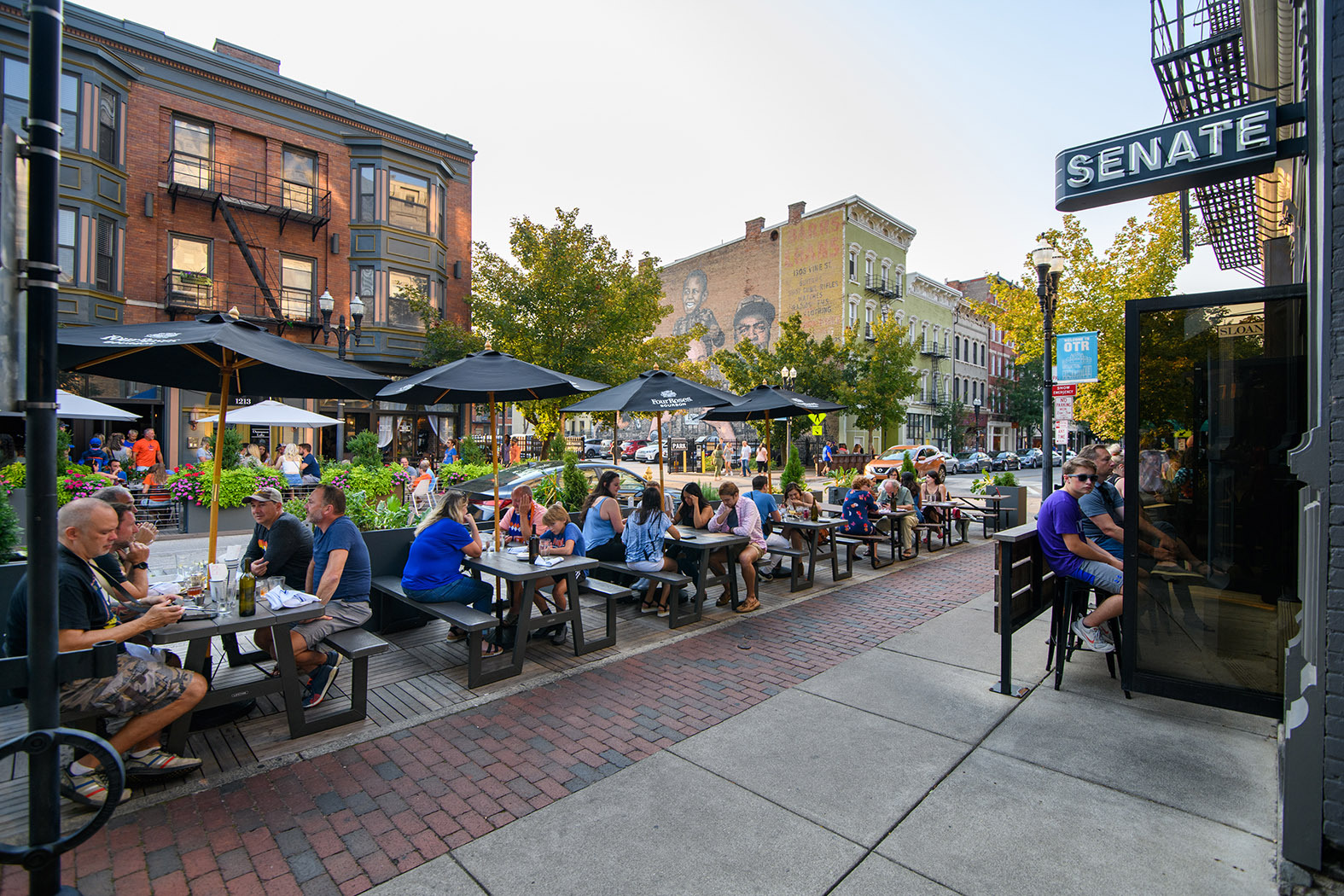 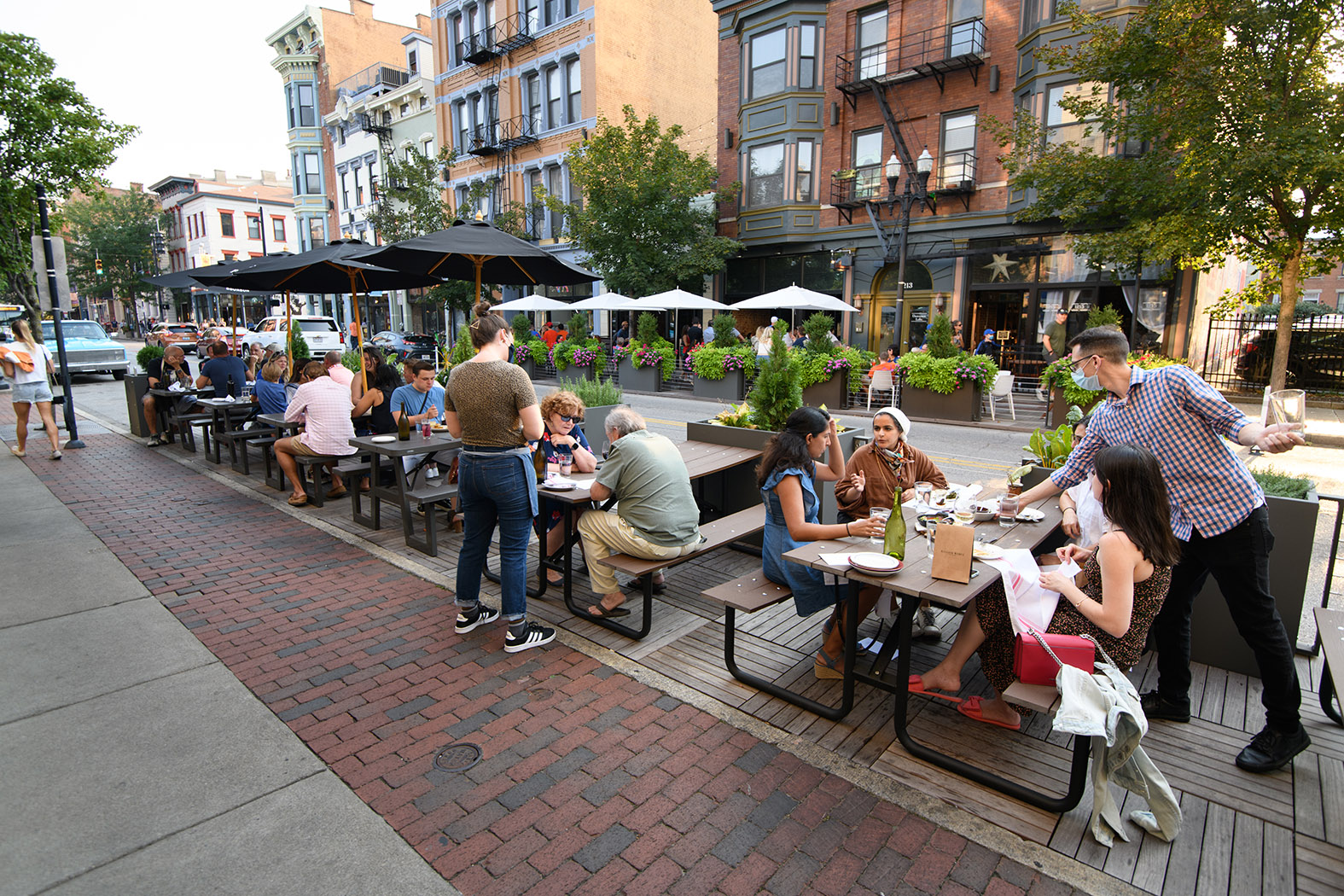 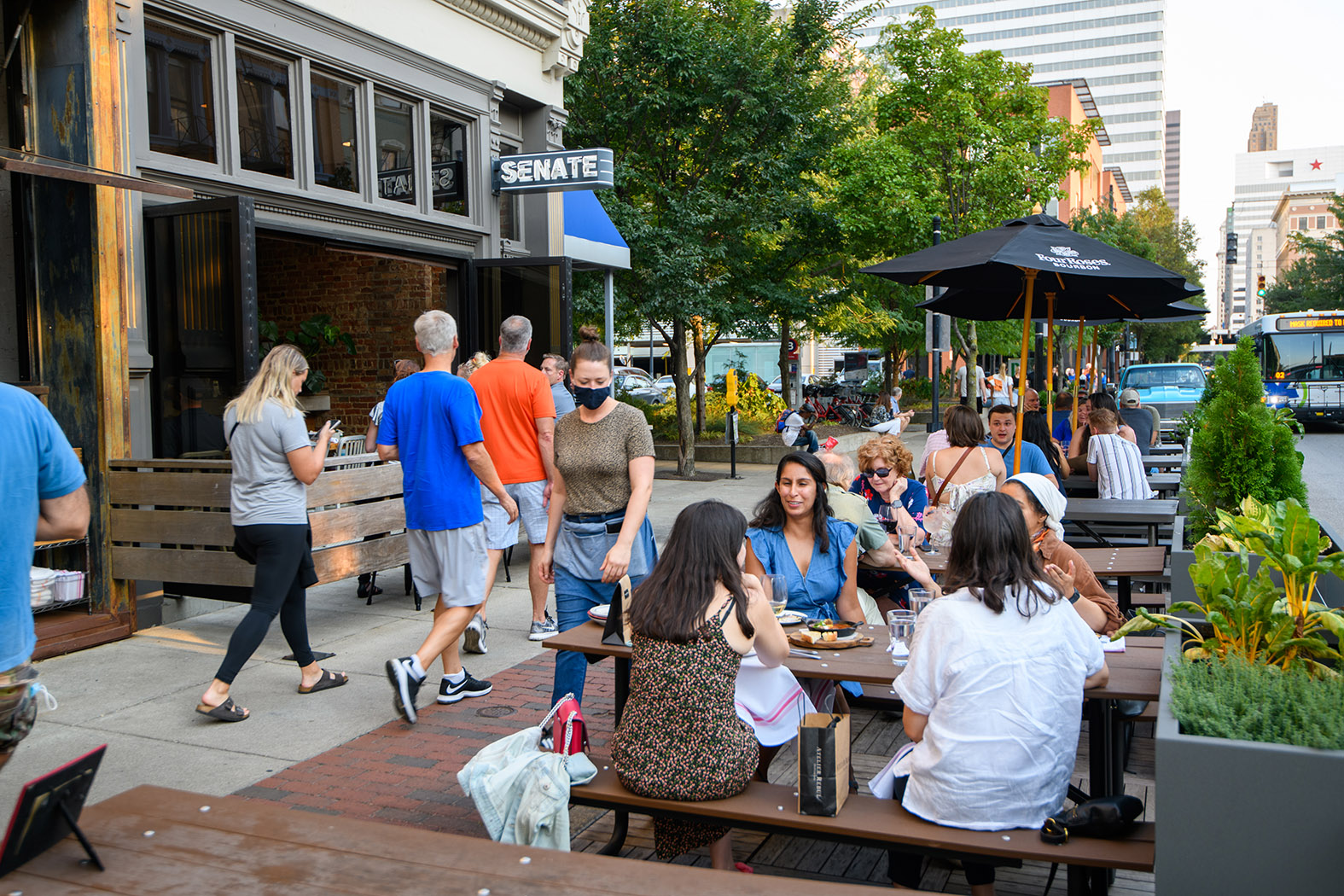 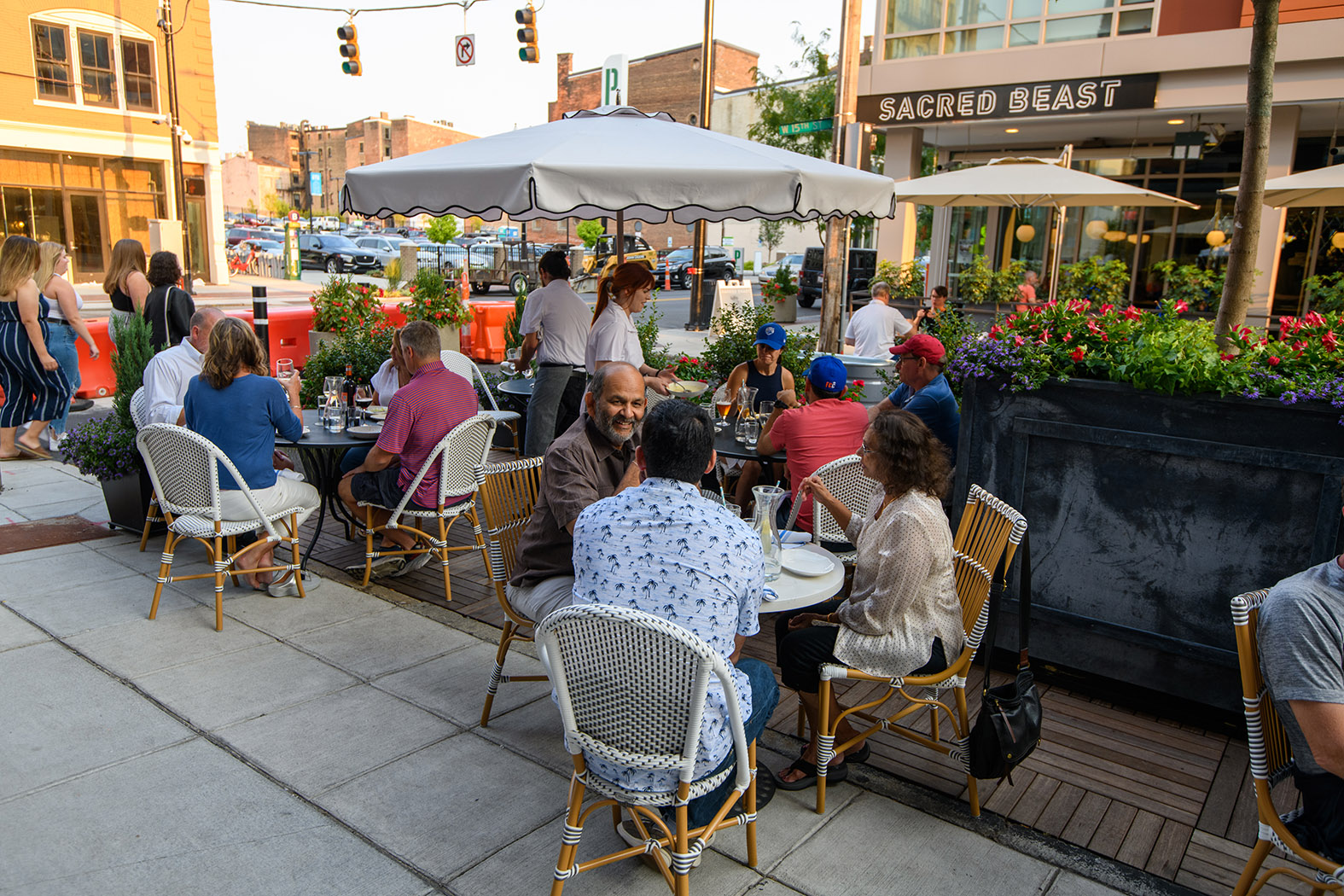 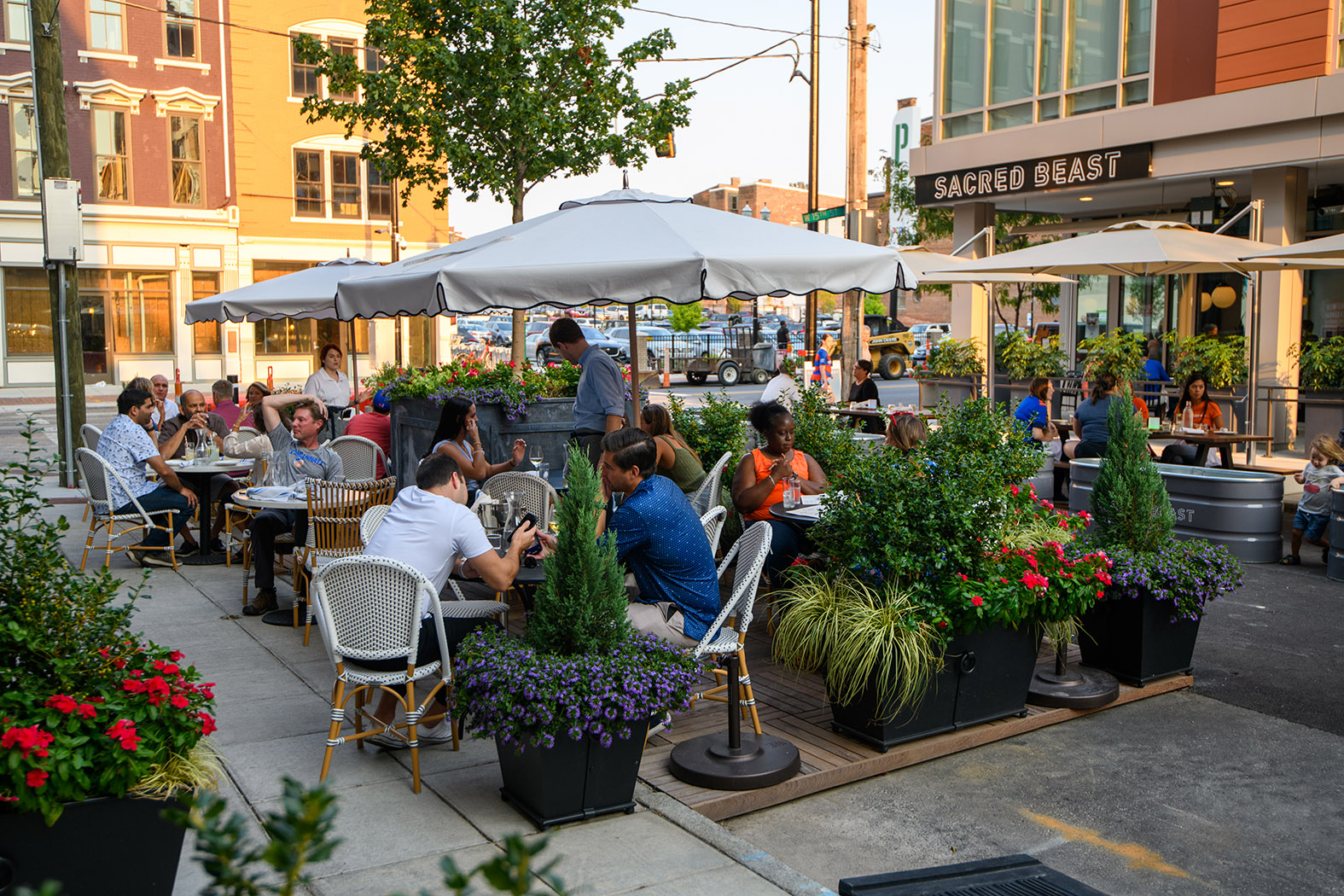